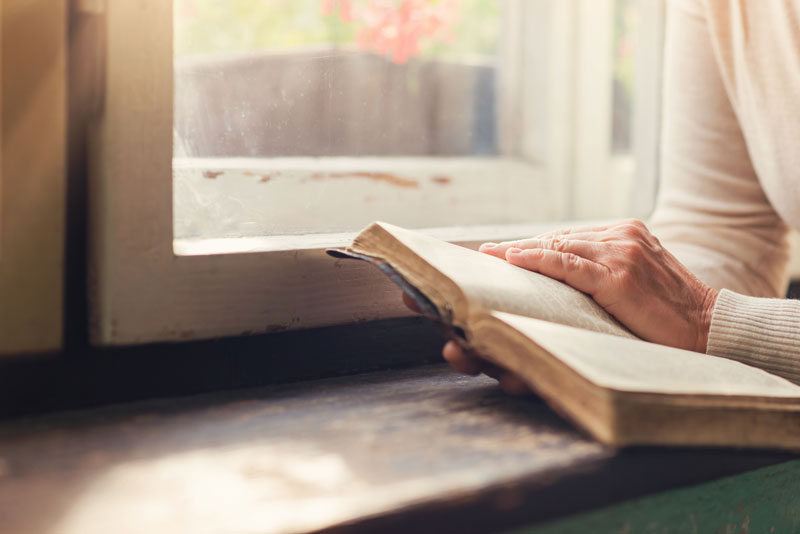 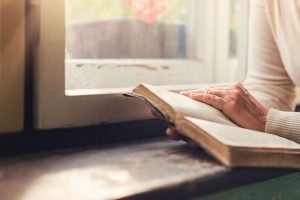 “Now faith is the substance of things hoped for, the evidence of things not seen. For by it the elders obtained a good report. Through faith we understand that the worlds were framed by the word of God, so that things which are seen were not made of things which do appear.” Heb 11:1-3

How many have ever won a victory by unbelief? The greatest victories in life come as we believe and exercise faith. Unbelief will not help you achieve anything other than failure. But if we serve God, what we perceive by faith can become fact. “It is not so much what we can do that counts, but what we can trust God to do, faith in God sees the invisible, believes the incredible, and receives the impossible.” [1]

With so much that faith in God can accomplish and so little that unbelief can get done, why do people waste their life dwelling in a loser’s zone? Why is unbelief in such abundant supply while faith seems to be scarce? Why is so much energy spent justifying unbelief while faith goes begging for a ride? Why do many spend time trying to convince others they have faith instead of simply demonstrating the same?

There are some nouns that are best defined by describing what they do and how they function. The topic of faith is a subject like this. The easiest way to define faith is by discussing what it does. A perfect case in point is the chapter of the New Testament that is called “Faith’s Hall of Fame.” Hebrews chapter eleven has forty verses. This entire chapter is regarding the subject of faith. The first verse tells you what faith is; the other thirty-nine verses detail some of the things that faith does. While most of us can quote the verse that describes what faith is, in order to explain verse one, we would need the other thirty-nine verses to tell what faith does.

Now isn’t this a molly? The entire Protestant branch of Christianity is quick to assert in no uncertain terms that we are “saved by faith” apart from doing anything, yet they struggle to define faith without talking about what it does and how it functions. Many of these same people will condemn others for mentioning things such as baptism in a discussion of faith and salvation. Salvation is “by faith alone” they assert in self-righteous indignation. Yet they cannot define what faith is except in terms of what it does! If faith exists alone in a vacuum or a test tube somewhere, surely, they can give us an objective description of this critical element! If one cannot define faith without talking about what it does, how can one possess faith without doing what faith does? However difficult it may be, I would like to emphasize the Biblical definition of faith found in Hebrews 11:1.

Faith is the “evidence” of things not seen. “Faith is neither a shadow nor a feeling; it is the evidence of things not seen.”[2] Evidence is that which proves the existence of or the factual nature of any supposition. Faith is the proof of things that are not seen. Faith provides evidence in the natural realm for things that do not exist yet in the here-and-now, touch-and-see reality. These things are not seen because they either do not exist in the natural realm yet, or they have not yet come to pass in time and space. Yet faith itself without any additional component in time and space is proof enough.

Faith is the ability to see facts that do not yet appear and to support things that appear to others to be only a distant hope. And yet for the eyes inspired by faith, the facts appear much closer than a distant hope. Far beyond believing in the existence of a divine being, faith is involved in creating a reality where the God of eternity reigns.

From Where Does It Come?

The true source of faith is God’s truth. All faith must be rooted in truth. If you understand this, then you know that all belief is not necessarily faith. When one believes something that is not true, that belief cannot be called true faith. Belief and faith are not the same thing. Biblical faith is based on biblical truth. Scripture is replete with those who believe a lie.

“…because they received not the love of the truth, that they might be saved. And for this cause God shall send them strong delusion, that they should believe a lie: That they all might be damned who believed not the truth, but had pleasure in unrighteousness.” 2 Thess 2:10-12

When one believes what is contrary to God’s Word, their belief should not be confused with faith.   It is a form of unbelief. The degree of sincerity, the duration belief is held, and the lengths such belief takes people, make no difference in this department. Faith must be based on truth or it is not faith at all. It is just another mistaken belief among many mistaken and misplaced confidences. And so, what is being believed is entirely relevant in the discussion of true faith.

While some define faith as any belief even the belief in a lie, others are a bit more discriminating. There are those who tiptoe around true faith by using vague rationalizations. Some folks rationalize a life of unbelief with the statement, “I believe in God; therefore, I am a believer.” A widow once attempted to convince a preacher that her deceased husband was a Christian. The widow said, “Henry was a believer; he believed that there is a God.” Yet she would not have accepted this definition of faith if applied to Henry’s belief in her.  “Henry do you believe in me?” “Yes, I believe you exist.”[3] Would you accept that? Would you say that someone had faith in you if they merely believed you existed?

True faith is more than simply the belief in a supreme being. Faith is about reaching from here to there, to touch the God of Eternity. Such faith is directed and taught by God’s revelation of Himself to man in the Word. Without the direction and discipline of the Word, this belief cannot be called true faith. A quality known as faith exists in all humans, yet this is not the essence of Biblical faith.

“Faith is a natural principle of the mind. All men exercise it regarding earthly things. But spiritual faith has for its objects a higher class of realities – the truths of religion revealed in the Bible.”[4]  Faith is the “eye of the soul … it is the organ by which we look upon the invisible and the eternal.”[5]  Faith is also the hand of the soul. The organ by which we lay hold of God’s promises and grasp the spiritual things of God.

Faith is one thing that is hard to define without describing what it does and how it behaves. The chapter of the Bible devoted to a detailed description of faith does so by describing how those who had faith lived. If one cannot define faith without speaking of its function, how is one to possess faith without doing anything whatsoever?

Biblical faith is substance and evidence. This is not just a passing shadow or feeling. Faith is more than simply how you think or feel. Faith is the eyes and hands of the soul. It enables one to see and grasp hold of the things of God.

True faith is based on God’s Word. Many are sincere in their beliefs without possessing faith. In fact, belief in that which is not true, is not faith at all. The world is full of misguided souls looking for something to believe and follow. What makes the difference between true faith and misguided belief is the discipline and direction of the Word of God.

Faith cannot be rationalized or heaped into a pile of generalized notions. True faith is more than just believing something about God. There are multitudes that believe in a supreme being without having an ounce of true faith.

[2] Handfuls on Purpose by James Smith