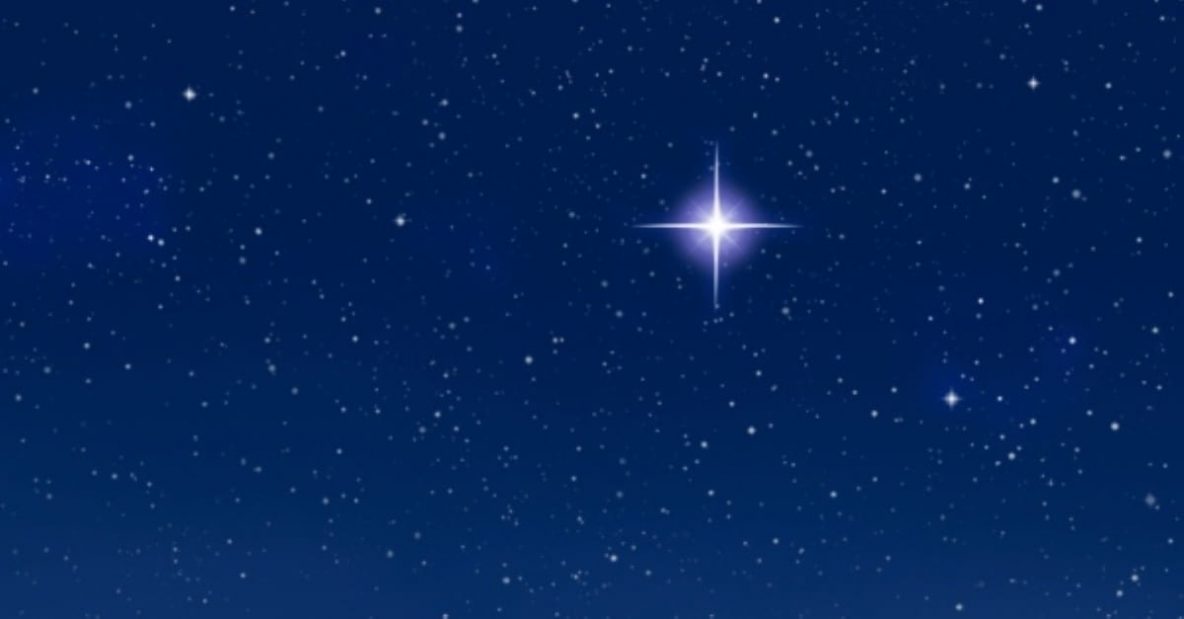 The Story Gabriel Could Not Tell

“And the angel answering said unto him, I am Gabriel, that stand in the presence of God; and am sent to speak unto thee, and to shew thee these glad tidings.” Luke 1:19

Of the angel who met Zacharias on that day in the temple, we have only this record of his enlightening ability. Our only record we have of Gabriel is of an angel who performs the role of informing and bringing good news. Gabriel is a special messenger of good news!

So, who is this angel Gabriel? He is an archangel of God. A special messenger of glad tidings. An interpreting angel whose role seems to be to help men see the miraculous works of God. He stands in the presence of God and has seen the glory of His power.

On the Right Side of the Altar

“According to the custom of the priest’s office, his lot was to burn incense when he went into the temple of the Lord. And the whole multitude of the people were praying without at the time of incense. And there appeared unto him an angel of the Lord standing on the right side of the altar of incense. And when Zacharias saw him, he was troubled, and fear fell upon him.” Luke 1:9-12 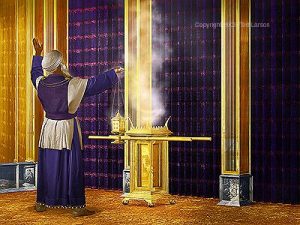 Some 2,000 years ago, as a priest named Zacharias performed his appointed tasks in the temple, Gabriel appeared, standing on the right side of the altar of incense. Zacharias was of the course of Abia. Of the two surviving sons of the first high priest Aaron, Eleazar and Ithamar, had descended twenty-four families. King David had called upon each of these twenty-four families to serve eight days each – from Sabbath to Sabbath. Of these twenty-four families, only four had returned from the Babylonian captivity. They were subdivided into twenty-four once again and each “course” received one of the original family names. Abia was distinguished in belonging to the first of the twenty-four courses. And within that course, there was a priest name Zacharias, meaning “Remembered of Jehovah.”

“His lot was to burn incense when he went into the temple of the Lord.” vs9

The tasks of the week were chosen by drawing lots. The most coveted task being that of burning incense in the temple. This was because it allowed the performer of the task the right to enter the holy place.

Some say that the number of priests in a course at this time was as many as 20,000. And so, the chances of being selected to perform this task were very slim. Very few priests indeed were ever chosen to burn incense. The holy place of the temple was only entered by priests, and then only to perform the tasks of ministry. It is doubtful that it ever happened to the same priest twice in his life to enter that place, and many never had the privilege! But on this day, the priest whose name means “the Lord Remembers” had that honored task.

And as Zacharias entered the most sacred place in all of Jewry for the first and only time in his life, something miraculous happened. This was the Holy Place! This was the room right next to the Most Holy Place where the glory of God dwelt! On the north wall was the table of shewbread, on the south wall was the golden candlestick, and straight ahead was the altar of incense. The altar of incense was where a live coal from the brazen altar, the altar of sacrifice, was placed. Here the sweet-smelling incense was placed, and a cloud of smoke ascended up to heaven and to the Lord. Here the prayers and hopes of all Israel came up in remembrance to the God of Heaven. Directly behind the altar of incense was the vail of the temple. Four inches thick and hanging from the thirty-foot ceiling to the floor. In the fabric of that vail is told the story of Christ’s life.

As the entire course of priests and many of the people of Israel stood outside in prayer, Zacharias the priest entered the holy place.

“According to the custom of the priest’s office, his lot was to burn incense when he went into the temple of the Lord. And the whole multitude of the people were praying without at the time of incense.” Luke 1:9-10

And as his eyes adjusted to the light of the golden candlestick, he saw an angel standing to the right of the altar and in front of the vail. Gabriel stood beside the altar where the prayers of God’s people would symbolically rise toward heaven. He stood directly in front of the vail that told the story of Christ’s life and ministry. And he brought glad tidings to the priest whose name meant Jehovah remembers. Gabriel stood at the very place where, once each year the high priest would squeeze between the wall and the vail and enter the most holy place. And he told the priest of the coming of one who would point all of Israel to the Messiah. He was sent from the very presence of God in heaven to stand in the place on earth that represented the place from which he came. And his message was, “all that you see around you, Zacharias, is about to be fulfilled!”

John 1:6-14 “6 There was a man sent from God, whose name was John. 7 The same came for a witness, to bear witness of the Light, that all men through him might believe. 8 He was not that Light, but was sent to bear witness of that Light. 9 That was the true Light, which lighteth every man that cometh into the world. 10 He was in the world, and the world was made by him, and the world knew him not. 11 He came unto his own, and his own received him not. 12 But as many as received him, to them gave he power to become the sons of God, even to them that believe on his name: 13 Which were born, not of blood, nor of the will of the flesh, nor of the will of man, but of God. 14 And the Word was made flesh, and dwelt among us, (and we beheld his glory, the glory as of the only begotten of the Father,) full of grace and truth.”

The Way of the Cross

Gabriel was not sent to tell the story of Christ’s life and ministry. Gabriel was sent to announce the coming of John. Later, he was sent to Mary to explain to her what was about to happen inside her body And later again to Joseph in a dream to tell him also. 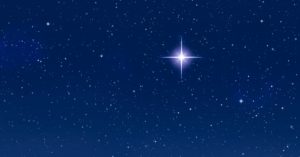 Furthermore, I doubt if even the archangel Gabriel really understood the implications of His message to Mary. The God in whose presence he stood would come to this earth robbed in the frailty of humanity! The God of glory would subject Himself to the humiliation of crucifixion! And why? To redeem man from sin! How could an angel explain redemption? What it would be like to be saved from the guilt of sin? The blood of the One in Whose presence Gabriel stood would pave the way of salvation for man! This is the story that Gabriel could not tell.

Then who can tell it? As the angel told the two Mary’s on resurrection morning – “Come, see…go quickly, and tell…”

“Having therefore, brethren, boldness to enter into the holiest by the blood of Jesus, by a new and livng way, which he hath consecrated for us, through the veil, that is to say, his flesh.” (Hebrews 10:19-20)

You and I are the reason He came. He came to save us from our sins. He came to offer us the hope of salvation. The story of Christmas is the story of God’s love to humanity. It is truly “good tidings of great joy, which shall be to all people.” (Luke 2:10)

“For unto you is born this day in the city of David a Saviour, which is Christ the Lord.” (Luke 2:11)