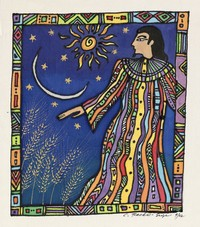 At the climax of Joseph’s story is found one of the overarching themes of God’s Word in general. It is the purpose of God being fulfilled in the midst of man’s suffering and calamity. Even when men do their worst, God is able to bring about His good pleasure, so long as someone is able to trust Him and walk with Him.

Becoming the person that brings about healing and is used by the Lord in adverse circumstances, requires one to have a greater God-perspective than self-perspective. We must be willing to see things from God’s point of view to recognize what He is doing. Often, we are too subjective to comprehend God’s hand in our calamity.

Seeing God’s purpose enables us to be a participant instead of a prop. Joseph was able to participate in God’s plan to a greater extent precisely because he understood God’s purpose.

Understanding God’s purpose requires us to reject worldly ideas about success and achievement. We must accept God’s definition of success or we will be influenced in this area by other voices. Whoever defines success for you is who will control your life.

“And God sent me before you to preserve you a posterity in the earth, and to save your lives by a great deliverance.” Genesis 45:7

Joseph recognized that God’s purpose was to bring reconciliation to his family. In spite of all the tragedy in life that Joseph suffered, God was still at work directing events behind the scene. Trusting God to fulfill His promises enabled Joseph to continue to walk with the Lord. Trusting God to know what was best for his life enabled Joseph to overcome depression as well as the threat of prosperity.

Because Joseph refused to view his life from his own perspective only, God allowed him to see more of the Lord’s purpose. A God-aware point of view is made possible when we get our attention off our own problems and minister to others. Joseph understood that God had positioned him to be the healer in his family. Joseph’s understanding and acceptance allowed him to be a participator instead of simply a prop or a tool. Reconciliation was God’s goal and purpose. Joseph embraced that purpose and acted accordingly.

The path to reconciliation is a twin path. The high road, or the path of one who has been wronged is:

The path of reconciliation for the offender or the guilty is:

The final test for Jacob was in releasing Benjamin to travel to Egypt. Was Jacob willing to set aside his favoritism for the preservation of the family? This required Jacob to confront the root cause of division in his family. Many family leaders are not willing to set aside their preferences even if it means the entire family continues in a dysfunctional state. A divided family cannot fulfill God’s original purpose and be a blessing to other families.

The final test of brotherhood for the brothers was two-fold:

The Dreamer is Revealed

After the final test of brotherhood and Judah stepped forward to intercede for Benjamin, Joseph could not refrain himself any longer. He had all the Egyptians leave the room and he revealed himself to his brothers. Reconciliation among brothers should not be a public spectacle. Private matters should be dealt with privately, if at all possible. Others who are not involved do not need to know all the dirt unless their input is beneficial to the process. Going public with private matters sometimes hinders the reconciliation process.

The brothers’ obstacle to freedom was revealed to be the brother they had betrayed.

“And he wept aloud: and the Egyptians and the house of Pharaoh heard. And Joseph said unto his brethren, I am Joseph; doth my father yet live? And his brethren could not answer him; for they were troubled at his presence.” Gen 45:2-3

It is very troubling to come face to face with the sins of the past. This is especially true when you realize how much the sins of the past effect your present and perhaps your future as well. What stood between them and freedom was the man they had wronged and horribly injured twenty-two years ago. It is no surprise they were “troubled at his presence.”

There are many who struggle to gain freedom and liberty but are confronted again and again by obstacles. Could it be that the obstacles they face are in reality the sins of the past that have not been dealt with? Unrepented sins and unresolved conflicts tend to return and limit our freedom in ways we least expect. The brothers had no answer for Joseph.

Joseph recognized God’s purpose and did not focus upon his own suffering.

“And Joseph said unto his brethren, Come near to me, I pray you. And they came near. And he said, I am Joseph your brother, whom ye sold into Egypt. Now therefore be not grieved, nor angry with yourselves, that ye sold me hither: for God did send me before you to preserve life.” Gen 45:4-5

While Joseph did not ignore the brothers’ sin, he chose to focus upon God’s redemptive purpose. Only a big person and a dreamer is able to dismiss personal suffering in favor of God’s purpose. Learning to do this in private will allow you to do the same when you face those who have wronged you.

This is something that is quite remarkable about Joseph. He was able to accept God’s definition of success and reject the world’s philosophy. Most people would have said that God rewarded their faithfulness by giving them this position. Joseph understood that God’s purpose went beyond his personal achievement. Most people read the story of Joseph and see how a righteous man overcame his obstacles and achieved “success.” Joseph understood that God defines success not in terms of achievement but in terms of faithfulness. God’s purpose goes beyond man’s achievements. With this understanding, Joseph knew that personal success for him included healing his family.

God brought Joseph to this position for a purpose. The purpose was not the position. Success in God’s esteem is not power or position, it is being used to promote His purpose. When we understand this, we are able to accept with grace and dignity a diminished position among our peers without feeling slighted by God.

Do I believe that Joseph understood what Judah’s substitutional sacrifice meant? Indeed, I do! Joseph was Zaphnath-paaneah, “the man to whom secrets are revealed” (Gen 41:45). No protest came from Joseph’s mouth when Israel prophesied and pronounced that the scepter and lawgiver would not depart from this storied tribe (Gen 49:8-12). What allowed Joseph to accept with grace and dignity a diminished role among his brethren? He accepted God’s definition of success instead of man’s. One of the most remarkable aspects of Joseph’s life and legacy is often overlooked.

The Hand of God Revealed

“And God sent me before you to preserve you a posterity in the earth, and to save your lives by a great deliverance. So now it was not you that sent me hither, but God: and he hath made me a father to Pharaoh, and lord of all his house, and a ruler throughout all the land of Egypt.” Gen 45:7-8

Let us not become bogged down in foolish drivel about God purposing evil and sin. The doctrine of predestination must accept this premise … I do not and the Bible does not teach this false doctrine. It was not God’s will for the brothers to mistreat Joseph in the way they did.

Consider that to receive God’s deliverance, the family had to be reconciled to each other and the division healed. Deliverance from the famine would require reconciliation in the family. Deliverance and healing are part of the same process. Many times, men want deliverance, but are afraid of healing. Healing opens men up to much from the past they would prefer to remain buried. True healing, reconciliation, and restoration is as much a part of God’s redemptive purpose as deliverance from the famine and futility of sin.

Notice that Joseph understood all that had taken place in his life in terms of God’s purpose. God didn’t cause him to be a ruler in Egypt because Joe was a good guy and had faith.

Joseph’s dream was realized as he accepted the opportunity to minister first to others, and then to his family. You will realize your God-given dream as you embrace God’s redemptive purpose. God is more interested in preserving life than promoting persons.

The long overdue time of reconciliation had come. It was a touching time of weeping and kissing. Up to this point the brothers were speechless. If you want your brothers to talk to you, try weeping on them and kissing them.

The brothers needed to know that Joseph had forgiven them. But beyond Joseph’s forgiveness, they needed to forgive themselves. So much that Joseph said was to help them swallow all that happened without living with constant regret and embarrassment. To do this Joseph emphasized the hand of God working behind the scenes to accomplish His purpose.

The part of God’s purpose the brothers struggled to accept was the part most of us struggle with. That is the healing of past divisions and schisms. God not only wants to preserve life, He wants to heal family divisions. God wants to save our soul as well as heal our emotions. Redemption is for the total man.

Theologically we can accept the premise of salvation for our soul. We hear the preaching, feel conviction, and respond with repentance, water baptism, and we receive the baptism of the Holy Ghost. But this emotional healing and reconciliation thing often requires more than theological reasoning and response, it often requires weeping and kisses. Joseph didn’t bother to explain that part to the brothers; he demonstrated it! True reconciliation within the family of God is more than a doctrine to be believed, it is a value to be demonstrated. Chances are the demonstration of real emotional healing will involve tears and kisses.

The dream God gave a seventeen-year-old boy was not about family dominance. It was about family reconciliation and preservation. Both are part of God’s redemptive purpose.

Believers who fail to cultivate a God-centric perspective often misunderstand God-given dreams. A misguided dream becomes an opportunity for human ambition and further division. But God wants to preserve life and heal division, especially in the family of faith.

Recognizing God’s purpose even in our calamity allows God to bless us and cultivate the gifts He will use to further His purpose.