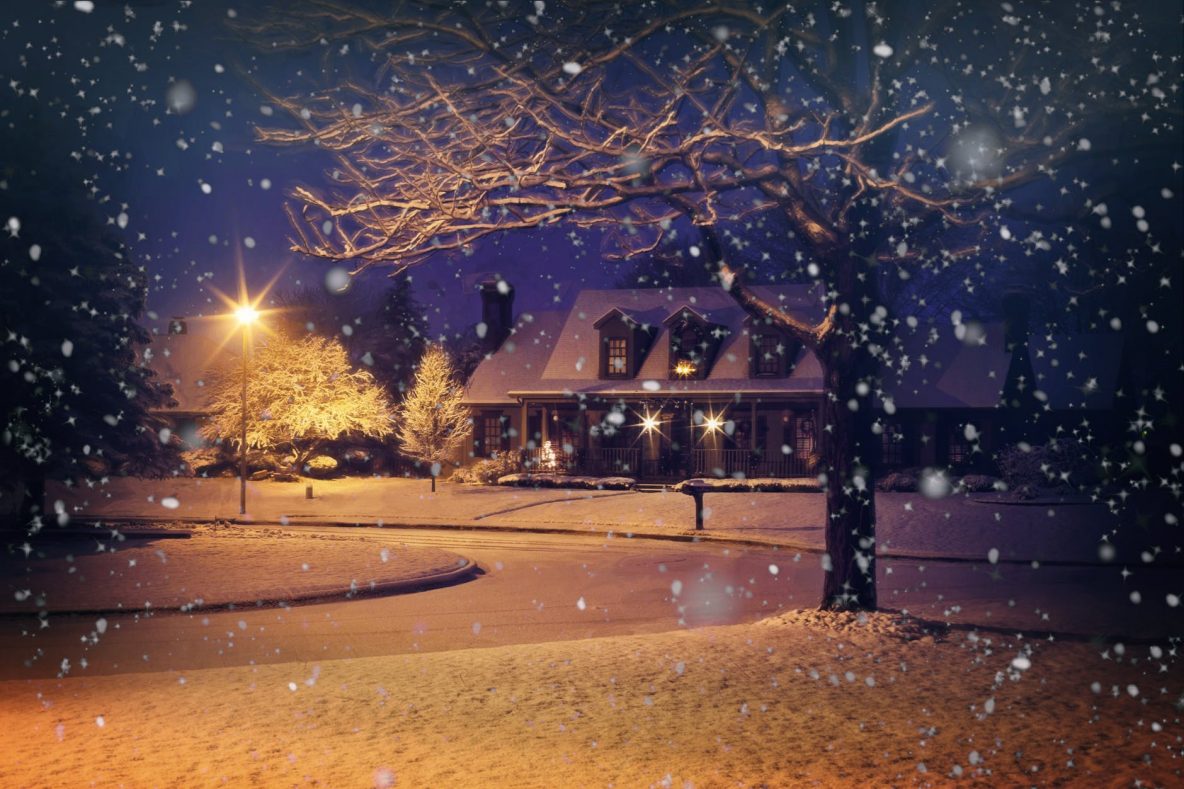 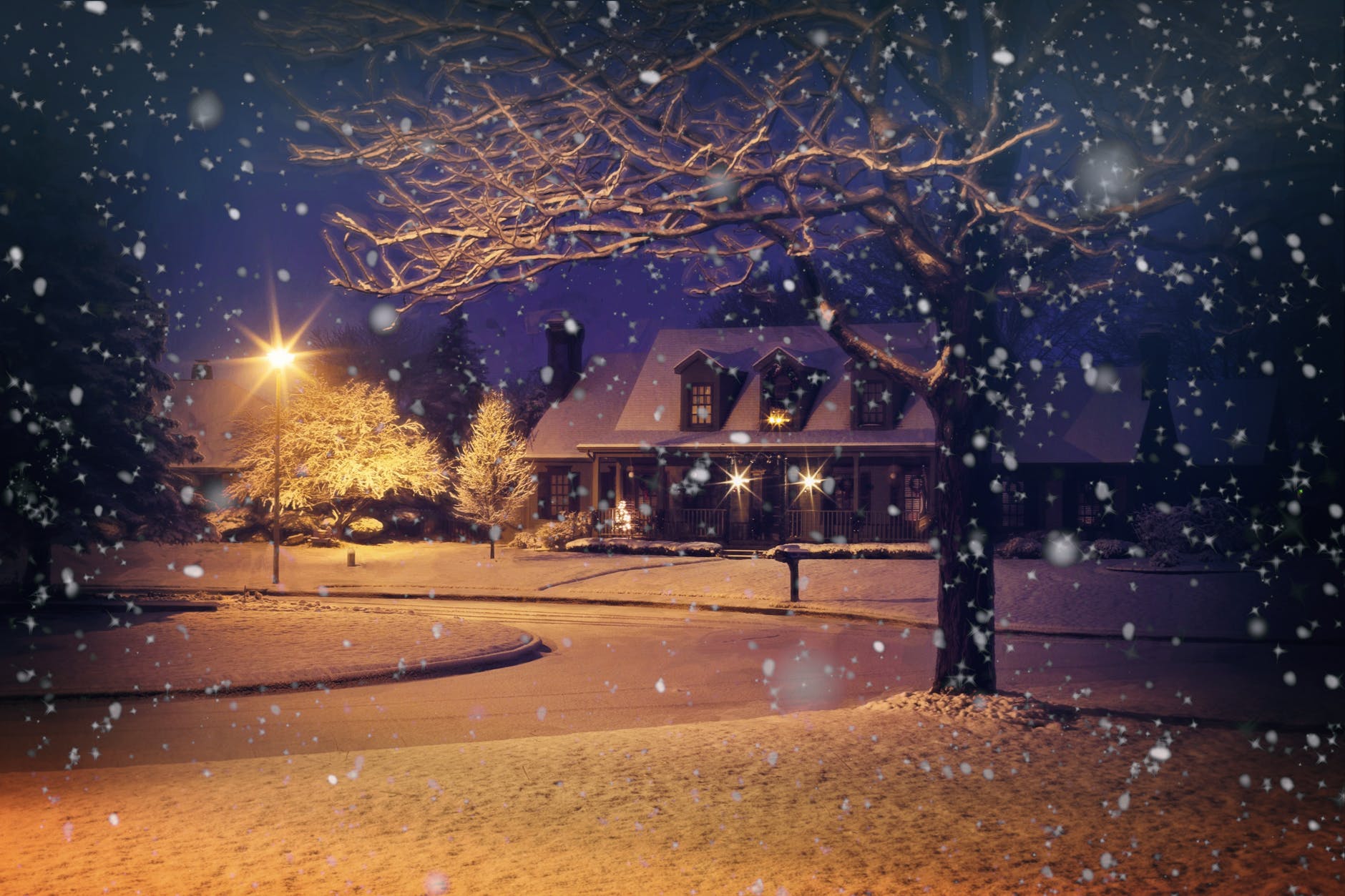 “Now the birth of Jesus Christ was on this wise: When as his mother Mary was espoused to Joseph, before they came together, she was found with child of the Holy Ghost.” Matt 1:18

Christmas is a special season that is rich with holiday and family traditions. I have nothing against tradition so long as it does not interfere with truth. I would like on this occasion to separate the sacred from the festive and write concerning the truth of Christmas. I think that many times children are presented with tradition that obscures the truths of this season.

There is certainly enough of the fantastic and supernatural in the true Christmas story to entertain the most inquisitive mind. In it we have wicked kings and rich wise men. We have the appearance of strange stars and heavenly messengers. We have ancient promises and modern prophecies. We also have the only instance in the history of the human race of the failure of abstinence as a method for birth control. Never happened before and has never happened since.

Yes, the true Christmas story is so jam-packed with the supernatural and fantastic that the ordinary is often overlooked. The extraordinary details of the nativity story are so compelling and riveting that the ordinary goes unnoticed. But I believe one of the most wonderful and fantastic aspects of the Christmas story is how God uses the ordinary to fulfill His purpose. Where shall we begin? Perhaps we should begin where the nativity story begins. It begins with two ordinary couples.

Here in the Christmas story are two ordinary couples. One is married – Zacharias and Elisabeth. The other is not married but engaged so to speak – Joseph and Mary. One couple is older, or as the Scripture so candidly states, “well stricken in years.” I believe the message behind this phrase is that if you want the years to be kind to you, don’t pick a fight with them. The other couple is young and just beginning life. For the skeptical among us, I hasten to add that I have included Mary and Joseph in the category of the ordinary for a reason. The skeptical among us would categorize as miraculous a young couple that are in love, engaged, but have not yet been intimate. Abstinence for the unmarried should not be a miracle, it should be the normal practice for godly people.

Are you willing to allow God to interrupt your life with His plan? Not everyone in the nativity story was just sitting around waiting for God’s plan to unfold. Those who served the Lord in the story of Christ’s birth were busy working and planning their lives. They were ordinary people who served God. They were planning their wedding, ministering in the temple, doing housework, practicing the carpentry trade, etc. Joseph, Mary, Zacharias, and Elisabeth were all involved in life. But when God’s plan broke into their everyday lives, they answered the call.

Do you think that you are too ordinary for God to use? The real question in this regard has nothing to do with how ordinary you may consider yourself to be. The real question is about your willingness to allow God to break in on your plans. Are your plans for your life so important that you would ask God to use someone else? Many feel that there are others more qualified or more appropriate for God’s purpose. When God speaks to your heart about His purpose for your life, will you instruct Him on whom else He should use? God delights in using the ordinary to illustrate His majesty. The real question is concerning your willingness to surrender your plans to Him.

The young couple in the nativity story, of course, had their entire life rearranged when they accepted God’s will. They were ordinary and yet God’s extraordinary program unfolded through their willingness. The perfectly ordinary cycle of courtship, marriage, intimacy, childbirth, and family life were transformed by their willingness to surrender to God. The “seed of woman” came through this young virgin because Mary and her godly boyfriend said yes to God.

An aged and childless couple was also willing to be used by God. And God transformed the senior years of Zacharias and Elisabeth into something so extraordinary that friends and family marveled. A child in their old age! Instead of meeting the retired gentlemen at the local café for breakfast, Zacharias was busy burping baby John and cleaning a poopy bottom. Instead of knitting shawls, Elisabeth was nursing a bouncing baby boy. Wow! Are you willing to allow God to interrupt your ordinary plans?

A Decree of Taxation

“And it came to pass in those days, that there went out a decree from Caesar Augustus, that all the world should be taxed.” Luke 2:1

The ordinary in the story of Christmas marches on. What could be more ordinary than taxes? Hey, government might be extremely inefficient in most everything it does, but not when it comes to sending out the tax bills. If the rest of government were as efficient as the revenue collecting apparatus, our tax bills could at least be cut in half.

Is it a surprise that we find the most mundane staple of life in the Christmas story? What could be more ordinary than a government decree that “all the world” should be taxed? And God choose to use this decree to fulfill His purpose. The decree of Caesar Augustus said that every head of house must return to his hometown to be registered and taxed. This required Joseph to travel to Bethlehem when Mary was due to deliver the child. The prophecies of old pointed to the town of Bethlehem and the family of David as the birth location and source of Messiah.

“But thou, Bethlehem Ephratah, though thou be little among the thousands of Judah, yet out of thee shall he come forth unto me that is to be ruler in Israel; whose goings forth have been from of old, from everlasting.” Mic 5:2

Indeed the Lord can and does often use that which is negative in our lives to promote and fulfill His divine will. Are you so busy complaining that you are unable to see God’s purpose in your struggles? Don’t you know that God’s glory is uncovered when man’s weakness is displayed? Will you become so fixated upon the negative political environment that you are unable to see God’s hand at work among His people? Yes, we all complain from time to time. But we should not forget who is ultimately in control. And our God is able to use even what we view as unpleasant to accomplish His purpose.

So far we have covered courtship, marriage, childrearing, pending retirement, government regulation and taxation. What else of the ordinary is encapsulated in the nativity story? How about work?

“And there were in the same country shepherds abiding in the field, keeping watch over their flock by night.” Luke 2:8

Yes, something as ordinary and everyday as work is a connected to the story of Christmas. In a part of the world and in an era driven by livestock, there could be nothing more ordinary than shepherds in the field. What were they doing? They were doing what shepherds do, watching over their flocks. They abode in the field so they could protect their flocks. This is what shepherds have done for hundreds of years. These shepherds were doing the job that they had done their entire lives. And suddenly the plan of God broke into their world.

“And, lo, the angel of the Lord came upon them, and the glory of the Lord shone round about them: and they were sore afraid.” Luke 2:9

God was doing something miraculous and He would use them to spread the word. An angel of the Lord was dispatched to share with them the good news and to provide direction for their inquiry.

God is doing the miraculous among men. The supernatural will break into your world and interrupt your ordinary life. Why? Because He wants you to be a witness and to tell others of His work.

“And the angel said unto them, Fear not: for, behold, I bring you good tidings of great joy, which shall be to all people. For unto you is born this day in the city of David a Saviour, which is Christ the Lord. And this shall be a sign unto you; Ye shall find the babe wrapped in swaddling clothes, lying in a manger.” Luke 2:10-12

And then the heavenly host appeared and sang the hallelujah chorus.

Will you allow God to interrupt your work schedule so that you can experience His glory and then bear witness? The angel told the shepherds where to find the babe. Do you think one of the boys said, “You guys go ahead, I think I should stay here with the flocks.” They did not cease being shepherds because the stopped to obey God. The will of God will sometimes break into our ordinary life and move us out of our comfort zone. We must be willing to respond.

If every voice that testified of the miracle of Christ were of kings and wealthy wise men, folks might believe that Jesus is only for others. God needs the voice of ordinary workers in the chorus of witnesses. God needs your voice, your witness, the testimony of your experience. God delights in using the ordinary to display His glory.

And so it was in the ministry of the Savior. He chose ordinary people to do extraordinary things. Fishermen, tax collectors, political activists, all were included in His circle of discipleship.

In His ministry, it was the common that breathed life into the incredible truths He taught. A child’s lunch of fish and bread; a short voyage across stormy waters; simple stories from everyday life about everyday situations; a fruitless night of toil became bursting nets of blessing. Even the inevitability of death became an illustration of everlasting life

His very life is an illustration of this concept. Those acquainted with His nativity understood His miraculous conception and birth. But others viewed Him as the carpenter’s son, just another commoner. The ordinary nature of His flesh became a vehicle through which the glory of God would be displayed. During His life and ministry, men caught glimpses of the glory that was hidden behind the ordinary exterior. But it was not until the resurrection that the truth about the Almighty One within the fleshly vessel was known. The glory of God was displayed when He arose from the tomb, forever victorious over death and the grave!

What would the nativity story be without the ordinary?  Childbirth, barrenness, work, maturity, youth, courtship, and marriage are all contained in this story.  Even the dreaded eventualities of life such as death and taxes find their way into the story of Christ’s birth. Yes, God uses the ordinary to illustrate the spectacular.

If you consider yourself firmly entrenched in the ranks of the ordinary, I suggest that you are the tool of divine choice. God delights in using the ordinary to display the glory of His power. When God places His Holy Spirit within your fleshly vessel, you become another tool in the hand of the divine artist. His glory is contained in the ordinary, plain vessel of humanity.

“But we have this treasure in earthen vessels, that the excellency of the power may be of God, and not of us.” 2 Cor 4:7

God is not looking for the spectacular to illustrate His power. God desires to display His saving power, the glory of His plan through you. Are you willing to allow your everyday to be interrupted by the everlasting?